A couple months back I had a great opportunity to get briefly involved in the music scene again. I’m not as in-tune with the scene as I once was but my friendships from those days have lasted.

The said friend in this case was Kyle, a great guitar player and musician that I had known for many years. At one point we even played in a band together so it was great to hear from him once again. 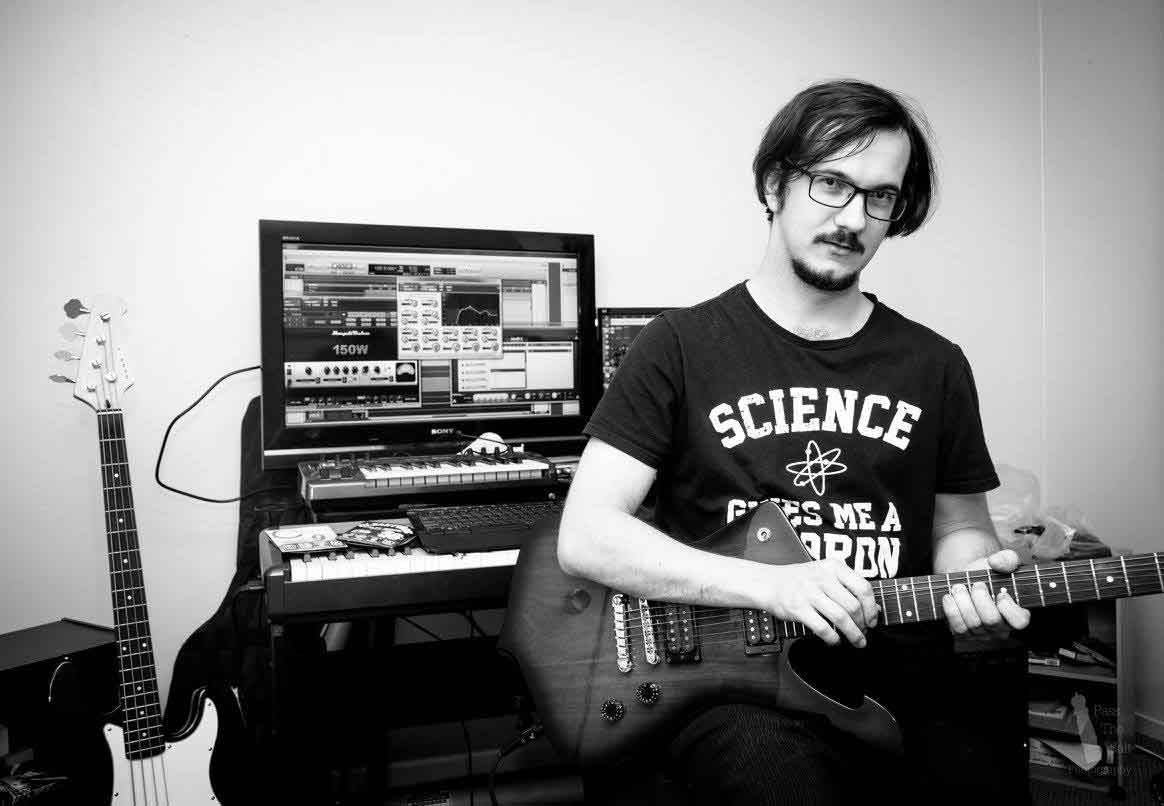 These days he’s mastered his playing to the point of teaching others the skill. After the lengthy catch up he informed me of his new business venture and how I could help him out.

He was getting a website built and wanted me to get some photos for it. It was as simple as that and I was more than happy to help out. As it transpired the only timewe could get together was on New Year’s Eve and so our shoot doubled as a celebration for the coming year.

Photography wise it was a very easy shoot. He only wanted a few simple shots since they were only in his temporary studio. Wewill be doing a bigger shoot once his main studio is built and running.

Lighting in the room was from a single bulb that cast warm light. It was no way near sufficient for our requirements so I had to use a light modifier.

Using just a single on-camera flash and diffuser I managed to light up the room sufficiently enough to get clear photos with no noise.

Flashes are life-savers for photographers and extremely versatile but they are not a cure all for every situation. When you add a flash you run a high risk of making the photos appear fake, blown out and people appear like ghosts without any facial contours.

Luckily there is a quick fix that works in normal situations. Try to avoid shooting the flash directly at your subject but instead bounce the light off a surface. Of course ifyou’re using a camera with a built in flash you cannot do this. Consumer grade cameras all shoot straight ahead but that’s theway they are built for all round use.

My DSLR camera actually doesn’t even have a flash module. Since it’s a Professional level camera, the manufacturer knows wewill use external flash devices which have movable heads. These heads allow us to point the flash wherewe see fit.

In the case of this shoot, I pointed the flash at the ceiling and the large flat area bounced the light back down across it’s whole surface area. Creating a nice natural looking light that illuminated thewhole frame I was shooting.

Of course not every shoot is as convenient as this. For example many 21st birthdays I shot were in dimly lit function centres where the only light source for a photo was my flash. The concept of bounce flash is similar but since there is no light coming from behind the subject, they often appear isolated in the large room. If I wanted to include the subject with the background, I would require an additional flash firing there along with my main flash shooting the subject.

Since we already had a bulb illuminating Kyle’s studio and the close proximity of thewalls bouncing light all around, we got great results very easily. The shoot went smoothly and we got a good selection for the new website. Since we had time I took a couple joke shots of the other guys there.

In post processing I fixed up the photos and added some colour-toning and adjustments as I saw fit. Like with every photo that I do colour toning; I give my clients both the standard, full colour image along with the toned version. Check out a selection of photos from the shoot below. For the full effect, I recommend you check out Hypermusic Studio’s website and see how the photos look in context of the website. While you’re there why not take a browse through his site? Gent’s, if you’re looking for a great way to woo your partner, why not learn to play their favourite song on guitar? As funny as that sounds, I have covered a wedding where the Husband did exactly that. It led to the couple’s eventual wedding so why not give it a try. 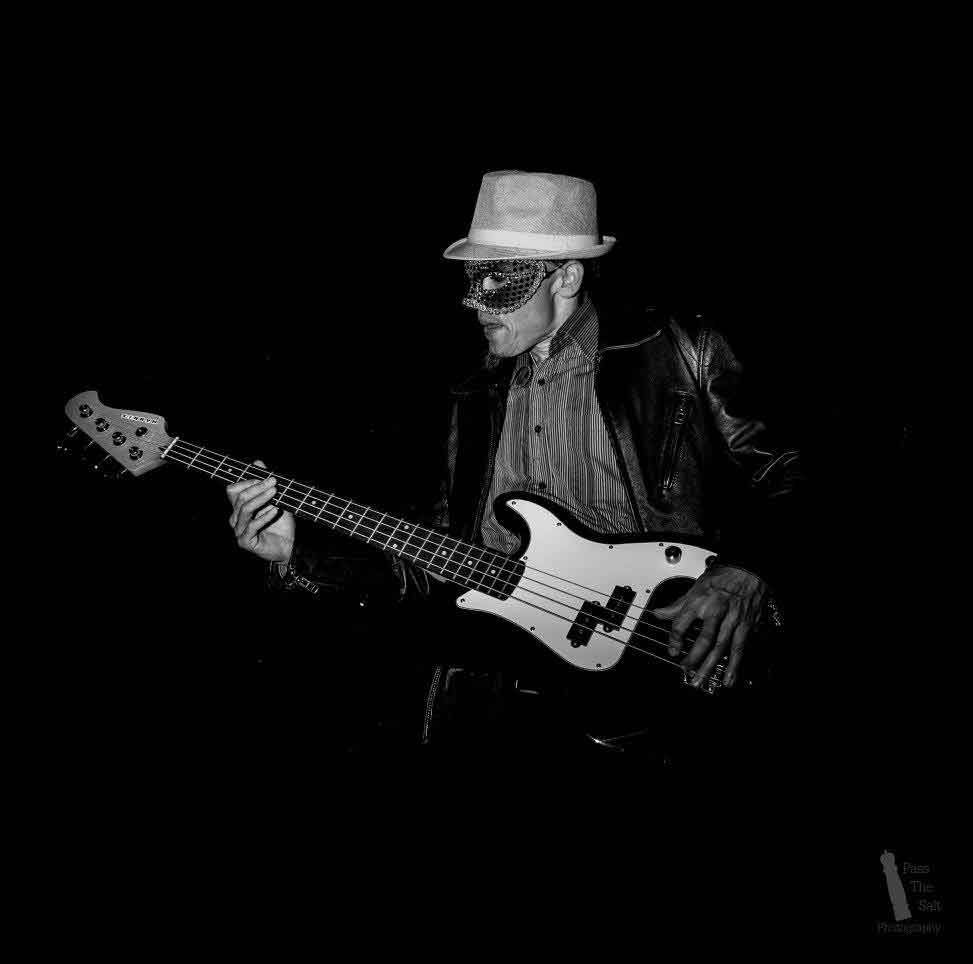 This is an example of a single on camera flash illuminating the scene. The photo was actually shot outside in pitch black. For a photo like this it actually turned out to be beneficial as it looks to be a studio portrait donewith multiple light sources. Of course the source image didn’t look like this, but with some clever touch-up work I made the image resemble a studio shot.